Getting Started with Online Ludo – What are the Steps Involved?

Ludo, in addition to being one of the world’s most popularly played board games, is also a game that holds tremendous sentimental value for people. It is a game that many people have grown up playing since childhood, with many of whom have continued playing the game well into their adult years.

The game gets its name from the Latin word ludo, which translates to “I play.” Ludo is a strategy board game that can be played by a minimum of two and a maximum of four players. To play the game, players are assigned a set of four tokens of a particular colour to play the game, which can be either red, blue, yellow, or green. They have to race their four tokens from the starting position to the finishing position on the board based on dice rolls.

Ludo is said to have its origins in the ancient Indian game known as ‘Pachisi’; needless to say, it is a game that has stood the test of time and is immensely well-liked worldwide. The game is played in different countries and across diverse cultures and is known by other names in each region and community.

Given that Ludo has grown enormously in popularity over the ages, it was only natural that the game would find a coveted place in today’s modern, technologically advanced world, where gadgets are an integral part of people’s day-to-day lives. With the increase in the availability of high-speed internet services, not just in India but in remote parts of the world as well, Ludo is a game that many people nowadays play online on their mobile phones and tablets. To play Ludo on a mobile phone or tablet, one must download a Ludo game app, and one is good to go! This also makes it possible to play the game anywhere and at any time!

Ludo is great fun for people of all ages, both in its online and offline versions. However, while everyone is familiar with the ‘offline’ version of the game as played on a physical board, many people are still new to playing Ludo on a mobile phone and tablet. The online version of Ludo follows the same rules and basic format as the game’s physical version. The online version makes it possible to play with your friends and family and real players from different parts of the world. Additionally, you can play Ludo online and win cash prizes too! This blog discusses how you can get started with Ludo on your electronic device.

To get started with online Ludo, here are the steps you will need to follow:

⦁ First and foremost, you will need to download a Ludo app on your mobile phone or tablet. The Ludo app is available for Android and iOS operating systems, making it possible to play on any mobile phone or tablet available today.
⦁ Once you have downloaded the app, install it. Once the installation process is complete, open the app.
⦁ Register yourself on the app with your mobile number by entering it in the box that shows on the screen.
⦁ Upon entering your mobile number, you will receive a one-time password (OTP). This is typically a six-digit code that will be sent as an SMS; you will need to enter this in the box on the app.
⦁ Once you have entered the one-time password and verified, the registration process will be complete.
⦁ Congratulations! You are now ready to begin playing Ludo! Now, all you need to do is take your pick from the selection of Ludo games available, and you can start playing with your friends, family members, or real players from various countries worldwide.

Remember that a stable internet connection is essential for an enjoyable and uninterrupted Ludo gameplay experience. But before you rush off to start playing this classic and entertaining game, we suggest you take a look at these handy tips to become a better player and win games more easily.

⦁ Get All Your Tokens Out and Moving as Early as You Can
As mentioned previously, Ludo is a strategy game, so making your moves tactically is of utmost importance. Start moving your tokens out as soon as you get your first six from rolling the dice. Focusing on only one or two tokens will not help you make considerable progress while playing and will leave you with fewer options.
⦁ Don’t Move Only One Token at a Time
By keeping all your tokens moving, you will have them located in various positions across the Ludo board, giving you a significant advantage over your opponents.
⦁ Block the Tokens of Your Opponents
When you face situations where you are unable to capture the tokens of your opponents, try your best to block their tokens. If you have successfully formed a block, this is a handy trick that will prevent your opponents from moving past your tokens and even being able to capture them. It is recommended that you stay alert and keep an eye on all your tokens to know where you can form a block.
⦁ Capture Your Opponent’s Tokens
Along with getting all your tokens out as quickly as you can, do keep in mind that the primary objective is not to have all your tokens scattered across the board. You must focus on capturing your opponent’s tokens and sending them back to their play yards (or the ‘home’ position).
⦁ Reduce the Chances of Having Your Tokens Captured
As you try to capture your opponents’ tokens, it is equally important to minimize the risks of having your tokens captured. For instance, if you are chasing a rival token, which is crucial to your winning the game, chase it with more than one of your tokens, but keep all of them within six spaces apart as much as possible. If you are trying to escape getting captured by your opponents, keep your tokens moving at least one more than six spaces apart.

Ludo is an exhilarating game to play with others. Not only is it thrilling, but it also helps to bring people together and create a spirit of camaraderie and friendship. Once you get started playing Ludo, there is every possibility that you will get hooked to this timeless game! 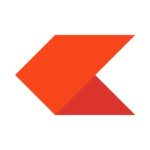 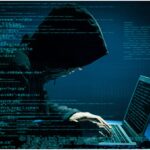 How To Protect Your Phone From Hacking Your Personal Information

How To Change Folder Color In Windows 11